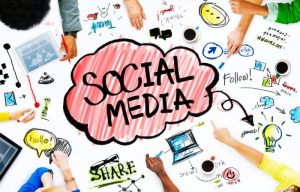 Social media has been part of our society nowadays and it has become a powerful tool of communication. It also provides a platform for people with different culture, opinion and views to compare their thoughts about the different issues that our world faces nowadays.

A lot of people have been using Twitter and Facebook to express their grievances and it sometimes, local authorities also respond through social media. These usually happens especially if a certain issue needs an immediate action or resolution for a certain issue.

It became an online news portal

It is very easy now to know about a certain issue that piqued the interest of the people. Since social media is free for all and you’re free to share whichever information you have, it’s very easy to make something viral. However, this powerful feature of social media is sometimes being used to do anomalies and sometimes blackmailing for concerned parties.

Due to its open nature, social media promotes interaction among like- minded people who have the same goals, aspirations and sometimes, even, grievances. They also get the chance to share their knowledge for people who are interested in a certain kind of craft.

Social media served as a virtual hub where people with the same interests can convene to share thoughts, ideas and strengthen bonds among themselves.

As more people are using the social media, it became easier to raise awareness about a certain topic that concerns the majority of the people. When a certain topic is not being covered by different media outfits, the people take it into themselves to exercise their freedom and responsibility of letting others learn of a certain issue that will affect or currently affects them all.

Though social media gives an immense power to influence others, there is no freedom with no responsibility. A simple miscommunication can make or break a person’s reputation that he or she will bring for the rest of their lives.